Recognized for Support and Dedication to REALTORS® Political Action CommitteeGary Kenline, Senior Vice President and Broker with HUNT Real Estate ERA, was recognized for his support and dedication to the REALTORS® Political Action Committee with the prestigious Lawrence B. Caldwell RPAC Service Award during the 2013 NYSAR® Mid-Winter Business meetings in Albany recently. Kenline, from the Buffalo Niagara Association of REALTORS®, is an RPAC Major Investor. He has invested more than $18,000 in RPAC over his lifetime and remains an active RPAC investor and ambassador.

Lawrence B. Caldwell set a standard of dedication to the goals of RPAC that has been recognized as exemplary by his peers. His tireless efforts and generosity helped RPAC to be a strong force in federal, state and local politics. In addition to his generous monetary contributions to RPAC, Larry Caldwell acted at all times without self-interest and solely for the betterment of New York State’s REALTORS®. To commemorate his longtime service on behalf of RPAC after his passing in 1999, the New York State Association of REALTORS® Political Action Committee Trustees established the Lawrence B. Caldwell RPAC Service Award. The purpose of the award is to recognize individuals who have demonstrated financial support for RPAC and who epitomize the role of the REALTOR®.

“I knew Larry Caldwell personally, and to receive this award in his name is one of the highest honors I have ever received,” said Gary Kenline.

Kenline served as President of the Buffalo Niagara Association of REALTORS® in 1992, he received the local and State Associations’ REALTOR® of the Year Award in 2001, and in 2005 he served as President of the NYS Association of REALTORS®. Currently, Kenline serves on the WNY MLS Board of Managers, and both the NYSAR® and NAR® Board of Directors.
In addition to receiving the Lawrence B. Caldwell RPAC Service Award this year, Kenline was inducted into the RPAC of New York Hall of Fame in recognition of his lifetime investment in RPAC. 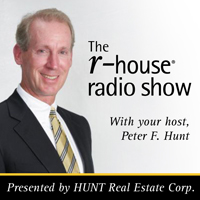